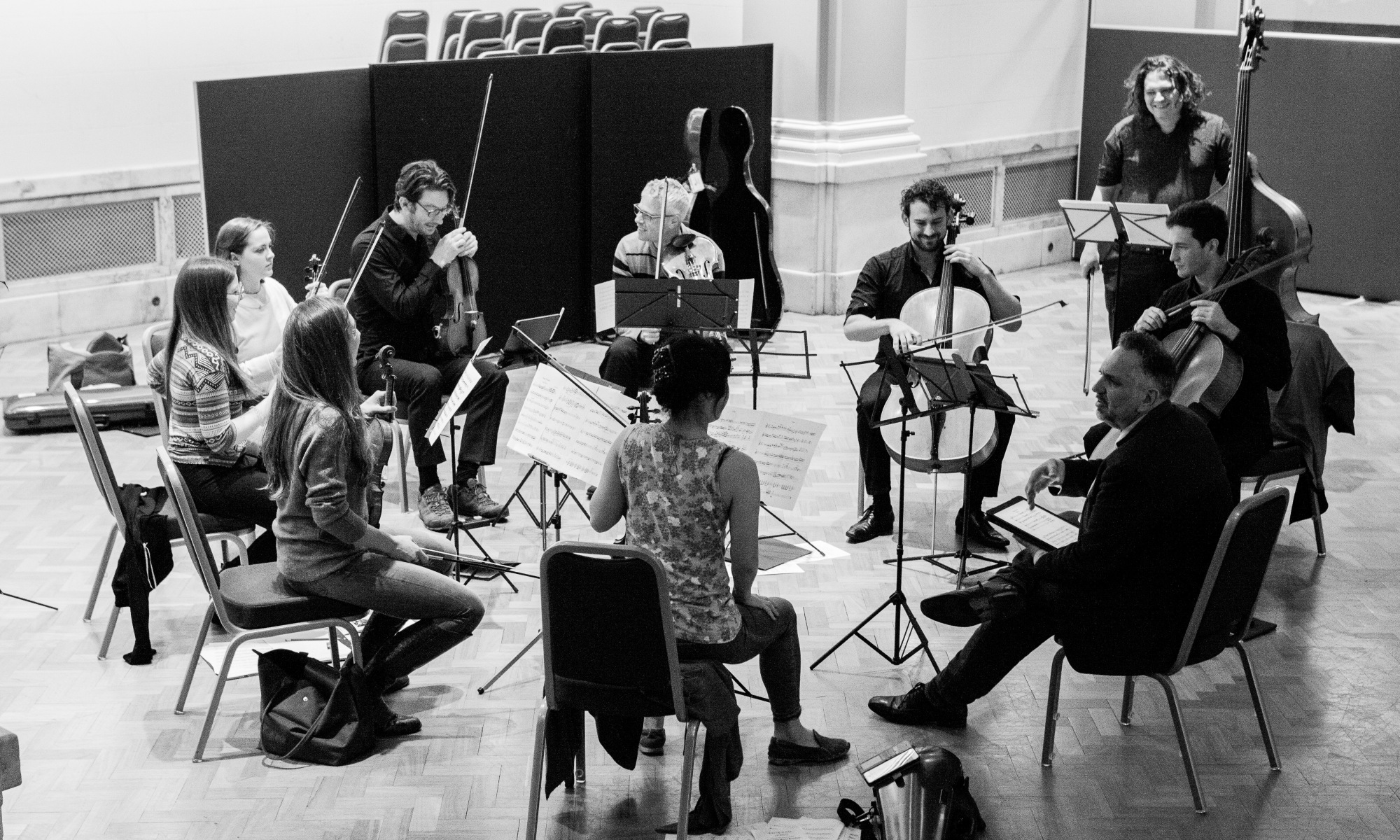 Violin: Post-Grad at the RCM

A passionate orchestral musician, Eliza regularly performs with the Queensland Symphony Orchestra, and has been the principal second violin of the Australian Youth Orchestra in both

2018 and 2019. Eliza felt  very privileged to perform in the inaugural concert of the Australia House Ensemble.

Sascha has been playing as guest principal with a number of orchestras, as well as chamber music with the principals of the LSO and St.Martin in the Fields orchestra. Sascha is also dedicated to jazz and other forms of improvised music and regularly appears at jazz concerts and festivals..

Morgan has a busy performing and recording schedule with numerous chamber ensembles in London, including the Locrian Ensemble, the Fiorini Trio, Aurora Orchestra and the London Sinfonietta. He has recorded as a soloist and chamber musician for Hyperion, Meridian, Naxos ABC classics and others.

Daniel has performed internationally as a soloist, chamber musician, and orchestral player. He was born into a musical family and began cello at age 3. In 2018, he won a Cello Fellowship with the Sydney Symphony Orchestra, and moved to London as a member of Southbank Sinfonia.

Cameron performs throughout the UK, Europe and Australia as a soloist and chamber player. Recent performances have taken him to London’s Purcell Room, Royal Albert Hall, Madrid’s Teatro Real and to festivals in Geneva, Rome, Valencia, Amsterdam and Colombia. As a chamber player, he collaborates regularly with Jacques Zoon (flute), Rebecca Chan (violin), Beate Altenburg (cello).

As a member of the London Symphony Orchestra, she regularly performs at the Barbican and on tour around the world. She has a busy freelance career and appears regularly as Principal with the Australian World Orchestra, Royal Philharmonic Concert Orchestra and many other orchestras in the UK.

Jeremy spent a few years working with both the Queensland Symphony and Philharmonic Orchestras and the Sydney Symphony Orchestra before emigrating to the UK in 2002. In 2018 Jeremy took up a Sub-Principal position with the City of Birmingham Symphony Orchestra’s double bass section.

Cello: Co-Principal Cellist of the London Philharmonic Orchestra since 2015.

Australian Pei-Jee Ng began his studies in Adelaide before moving to the UK to study extensively with Hannah Roberts and Ralph Kirshbaum in Manchester. He completed his studies at the Royal Academy of Music and received the prestigious Queen’s Commendation for Excellence. He was the 2001 Symphony Australia Young Performer of the Year and won the 2008 Young Concert Artists Trust auditions in London. In addition to the major Australian symphony orchestras, he has performed concertos with the National Taiwan Symphony, Hong Kong Philharmonic, Malaysian Philharmonic, Singapore Symphony, Oulu Symphony, Sinfonia ViVA and Estonian National Symphony, and made his debut with the Philharmonia Orchestra at the 2011 Chichester Festivities. As a soloist and recitalist he has performed in venues including Carnegie Hall, Lincoln Centre, Konzerhaus Berlin, Wigmore Hall, Purcell Room and Sydney Opera House and appeared in many festivals in the UK, Australia and Europe. A committed chamber musician, Pei-Jee is cellist of the award winning Fournier Trio. His collaboration with pianist Chiao-Ying Chang won them the Libero Lana Prize at the 2011 Trieste International Chamber Music Competition.

Want to work with us?